The design of this imposing structure was commissioned by a wealthy client from one of the former soviet union countries. It is a private spa of approximately 6,000 m2, destined to become one of the largest personal spas in the world. The concept was born from an organic and sinuous shape, a “star” designed with a large, central circle surrounded by four wave-like wings. 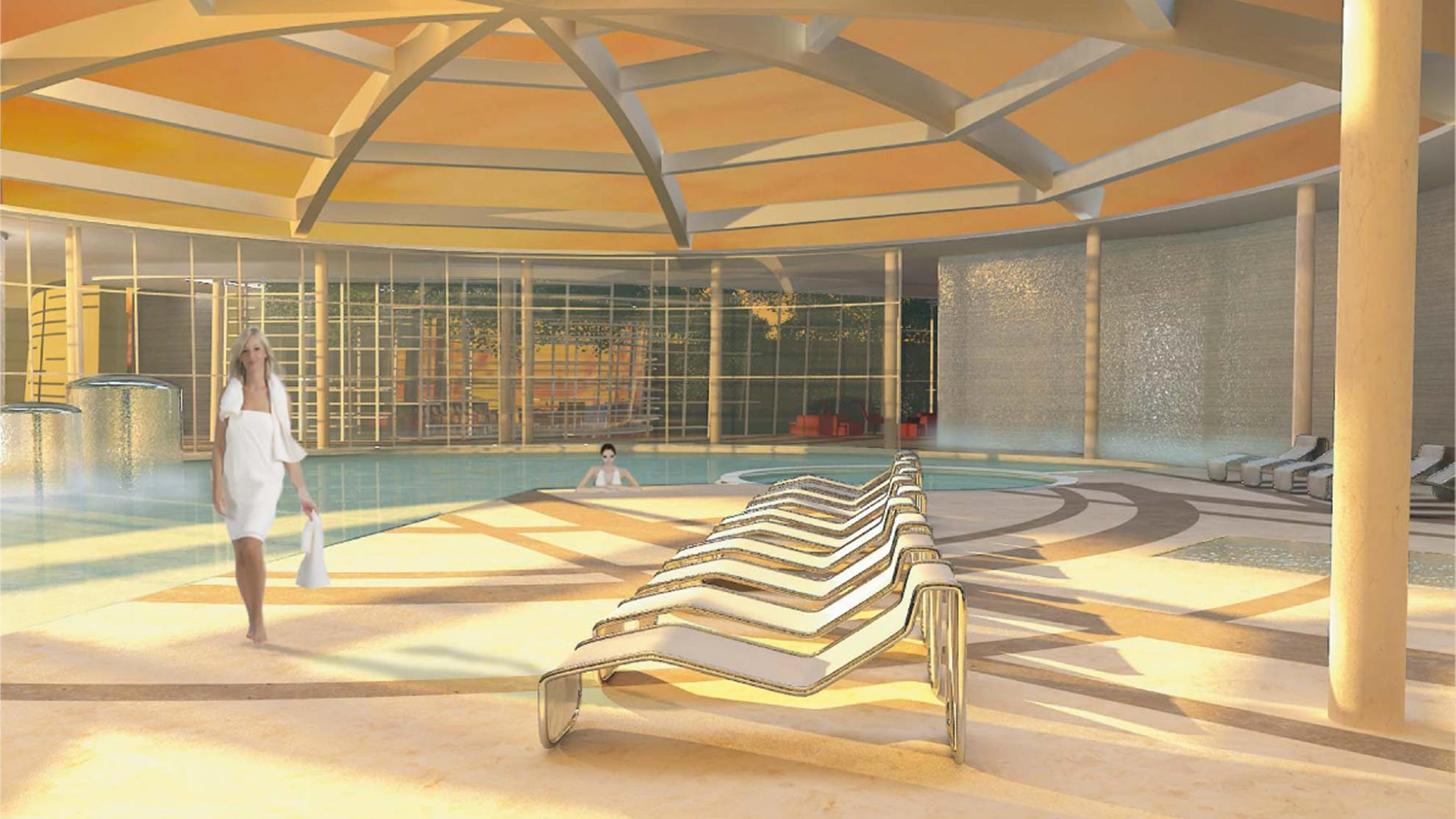 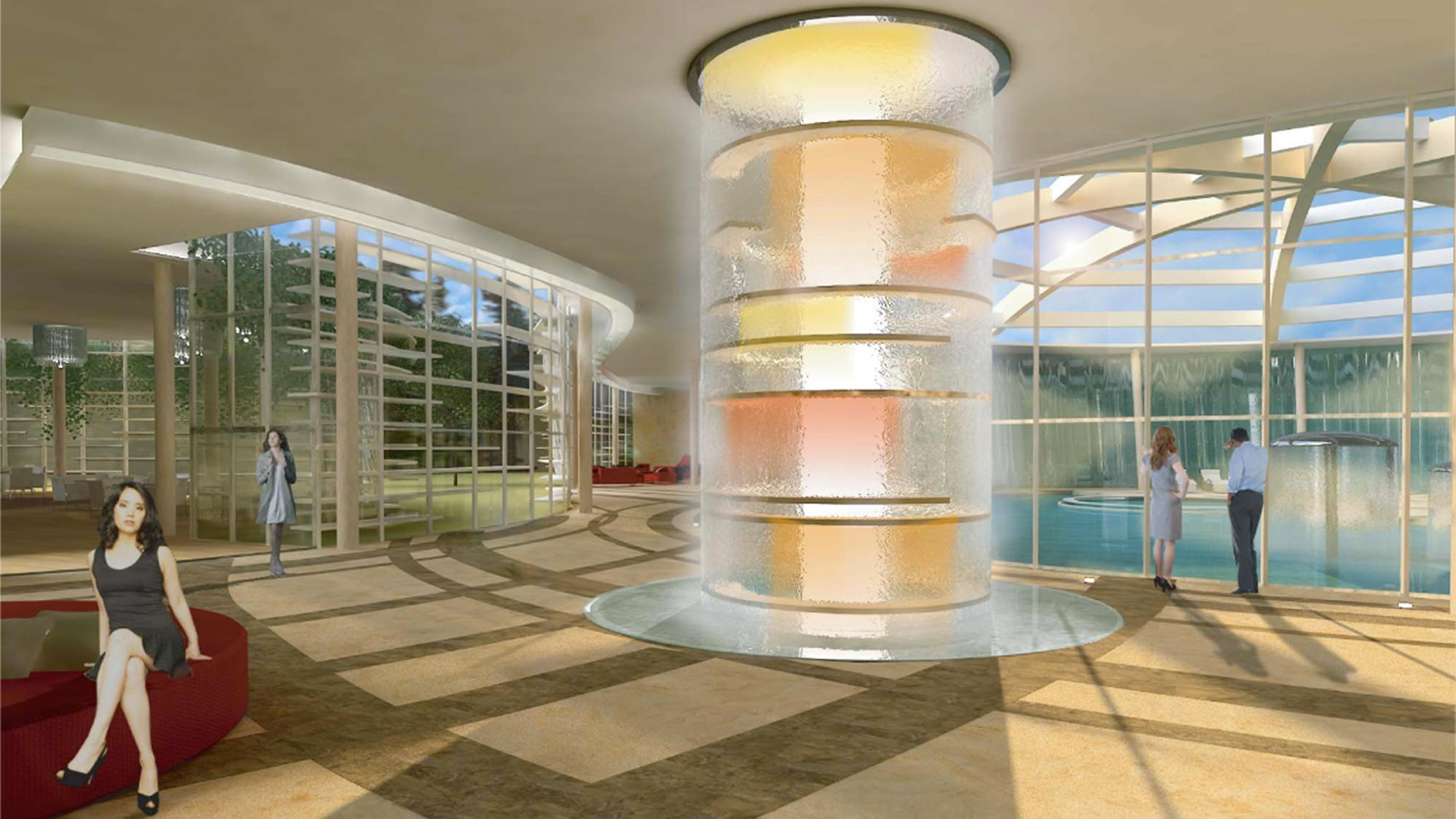